Oulu is an example for regional development of sparsely populated areas

International meetings are continuing again in Oulu as the Coronavirus situation and restrictions ease. Spanish Secretary for the European Union Juan González-Barba Pera and his delegation visited Oulu on the 14th of June 2021 as guests of Tytti Tuppurainen, Minister for European Affairs and Ownership Steering.

Photo caption: Minister Tytti Tuppurainen (front right) was delighted to be able to bring State Secretary Juan González-Barba Pera (front left) for a visit to her hometown Oulu and show him its recipe for success. (Photos: Petteri Löppönen)

The programme included, for example, visits to Oulu Theatre, Oulu Museum of Art, and Nokia’s 5G test laboratory, as well as meetings with the delegations of the City of Oulu, the Council of Oulu Region, and the University of Oulu.

Juan González-Barba Pera says that there is a clear reason why he brought his delegation to Oulu and not to Helsinki.

“Rural depopulation and people concentrating in big cities are major challenges in Spain. We want to develop our sparsely populated areas, which are full of history and skills. We believe that we can learn a lot from Northern Finland and especially from Oulu,” he states.

Leaders of the autonomous regions of Castile and León, Aragon, and Castile-La Mancha took part in discussions on developing sparsely populated areas. To them, Oulu is a city to admire and a source of inspiration.

“You have excellent ecosystems in education and innovation, which are supported by local, regional, and national governance.”

“I am certain that our regions will establish a fruitful cooperation. We should utilise all the support that EU has to offer, create a common European spirit and ever-deepen the European cooperation,” she said to her Spanish guests with whom the development of sparsely populated areas continues. 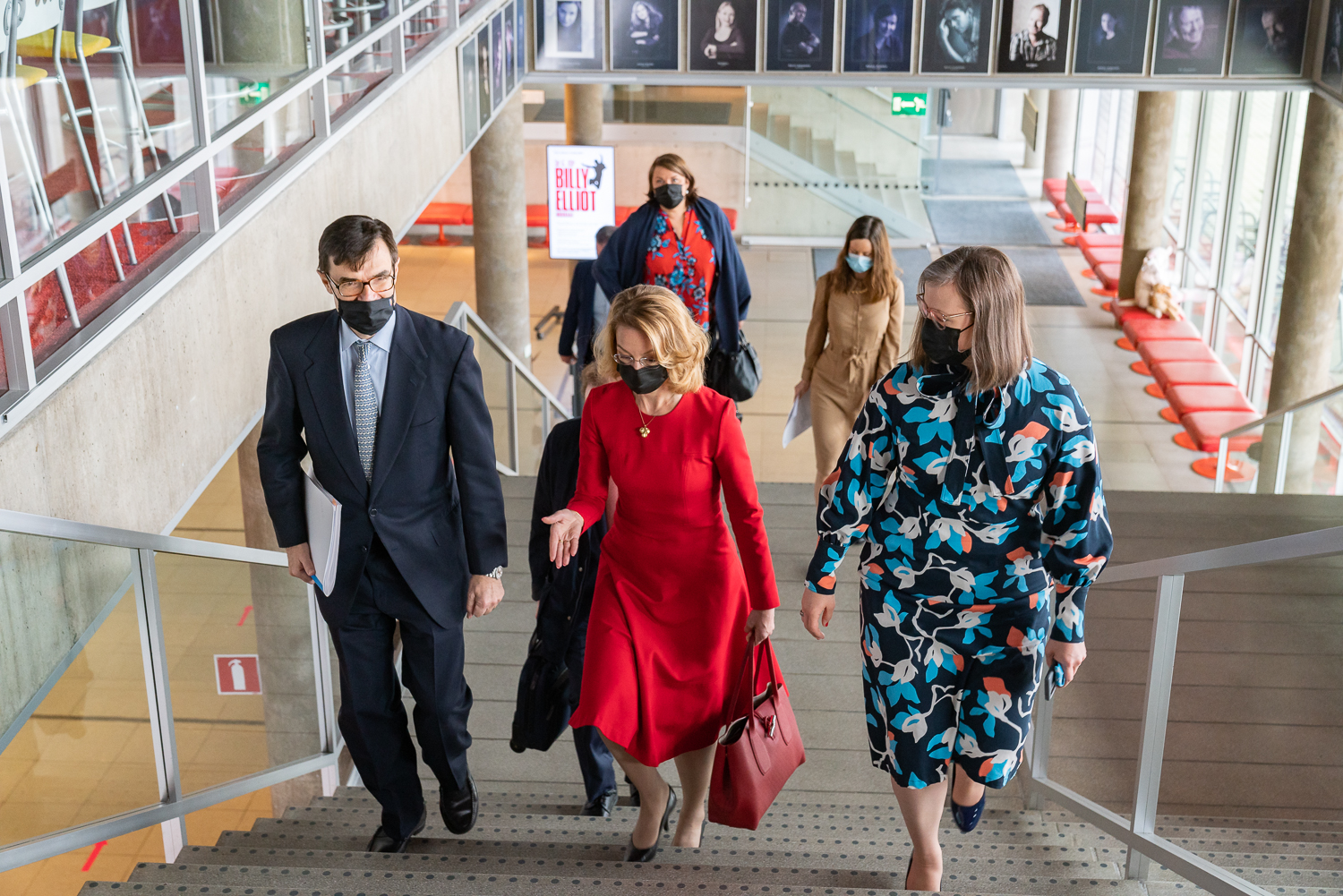 At Oulu Theatre, Tuppurainen and González-Barba Pera discussed, among other things, EU’s economic recovery. On the right is Anu-Maarit Moilanen, CEO of Oulu Theatre. 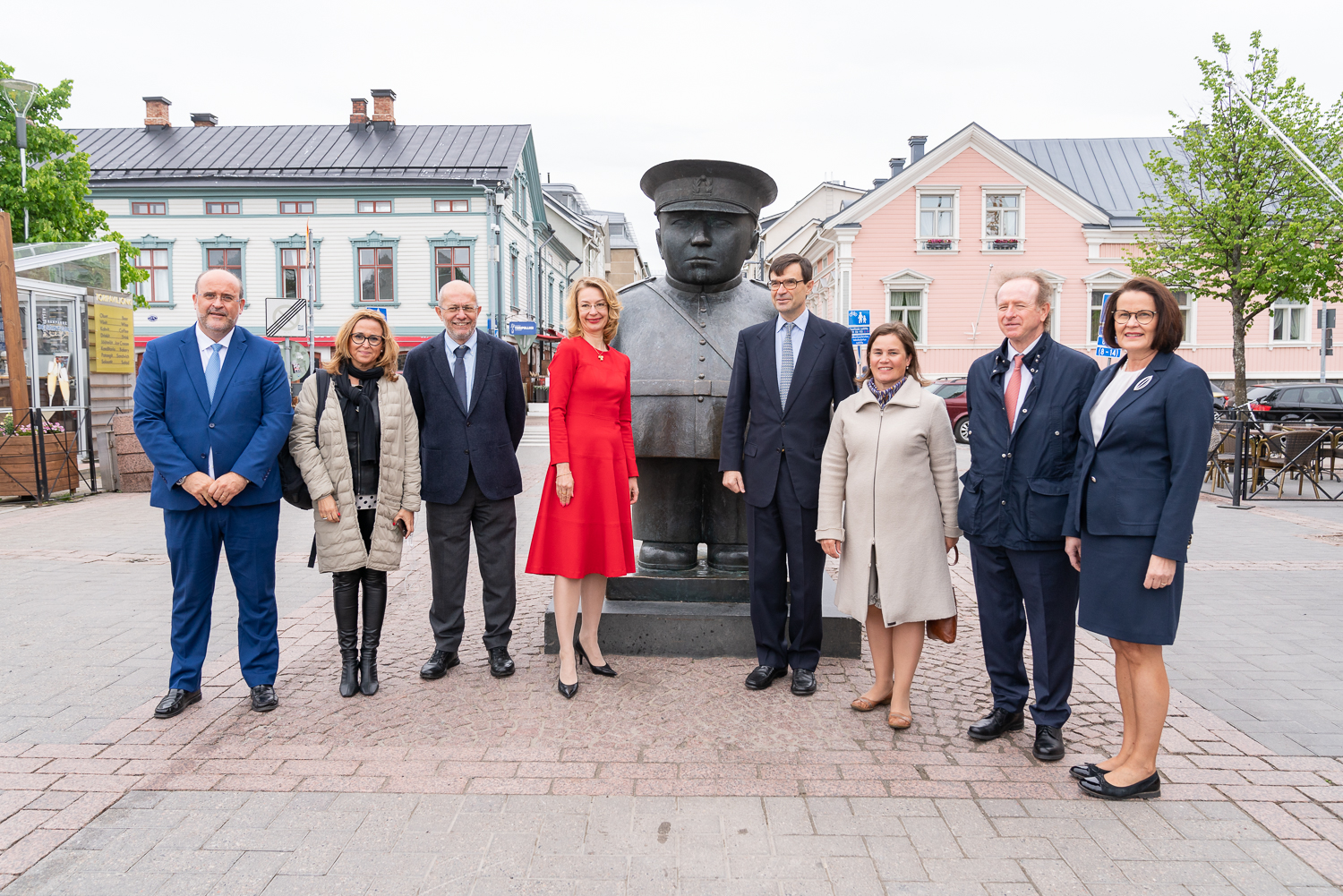 A must-see in Oulu: the Toripolliisi statue at the Market Square. 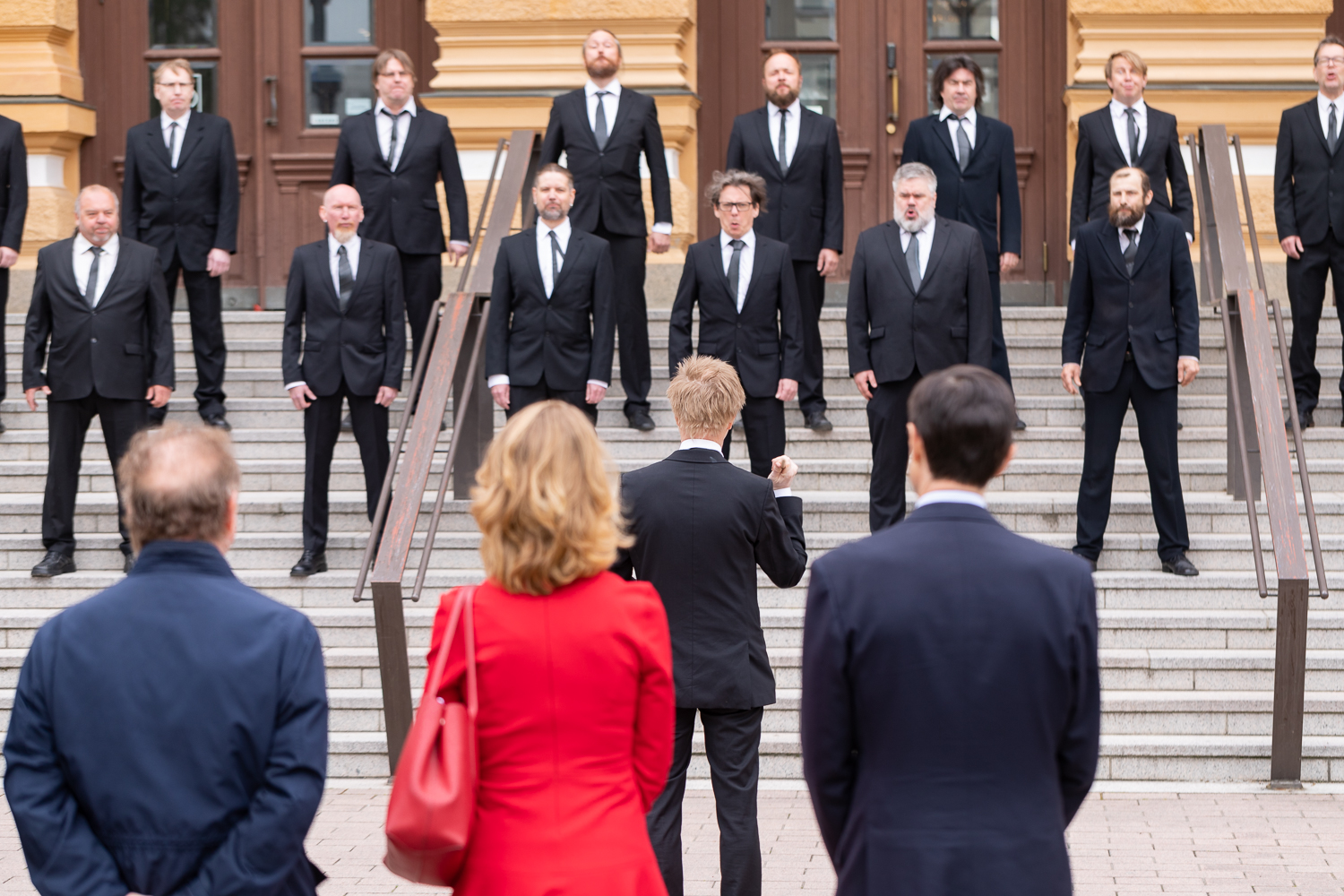 On a walk in the city centre, the guests enjoyed Mieskuoro Huutajat (the Screaming Men’s Choir) perform The Hymn for Europe on the steps of the City Hall. 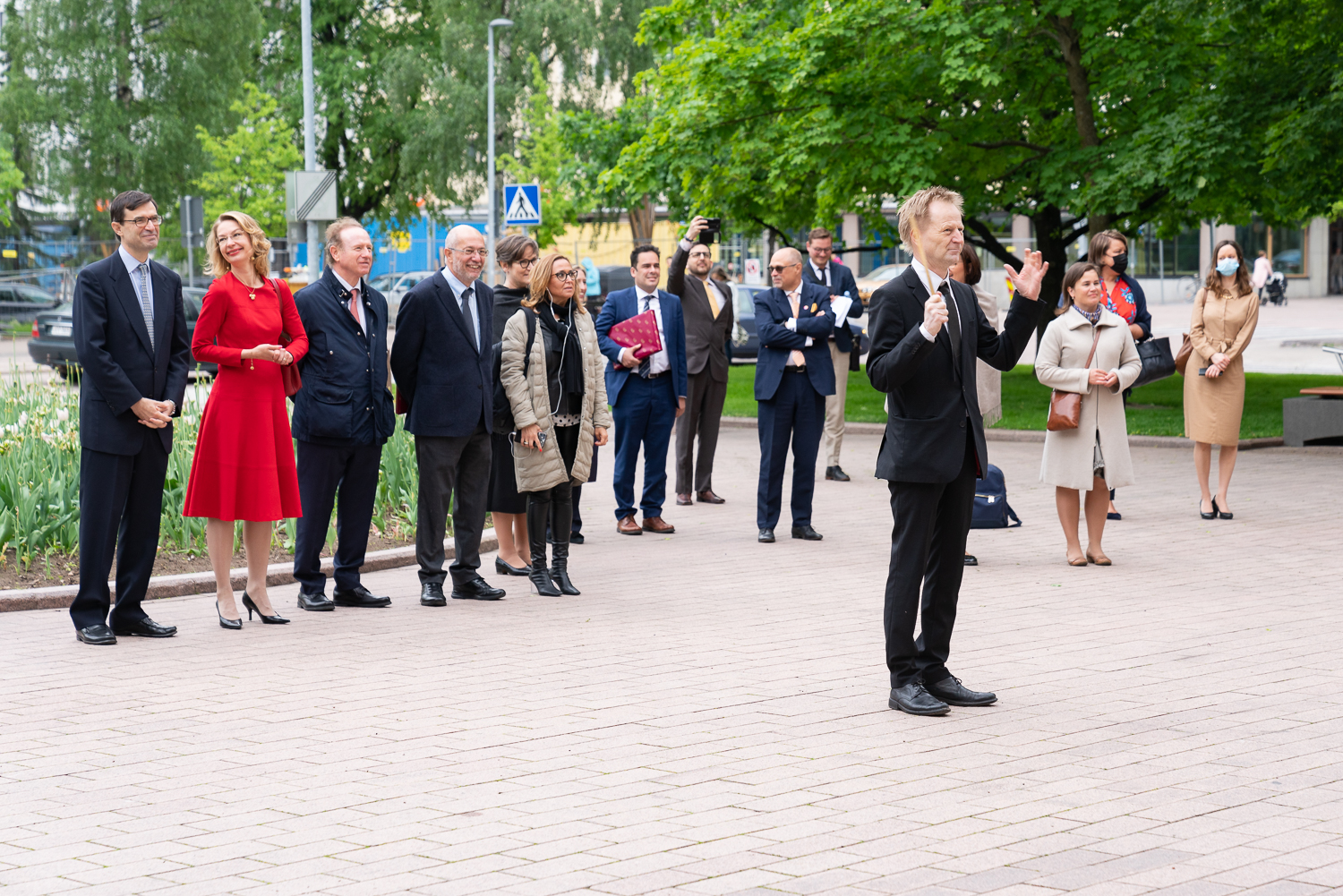