Head of Nokia Oulu site, Erja Sankari, says that the architectural design and partnership negotiations for the Linnanmaa campus are going on at full force and construction on the new premises will commence after the turn of the year – as soon as the City of Oulu is able to move the Ritanharjuntie street to a new location.

”Several partner candidates are involved in the talks at the moment, and decisions on collaboration will be made during the autumn and early winter,” Erja Sankari says.

The new Nokia Linnanmaa campus will comprise 72 000 square metres of facilities and be fully completed in 2025.

”At this stage, we have not yet estimated the employment effect of the project, because the entity of our new building will keep developing into its final form as the plans advance. We have estimated the scale of the investment to be hundreds of millions of euros. However, we have no exact figure on that either, as the planning is still underway,” Erja Sankari explains.

A strong university has high significance to Nokia

There has been vivid public debate in Oulu about the University of Oulu’s intentions to move from Linnanmaa to Raksila. Sankari says that the university’s location is not of particular essence to Nokia.

”Right now we are operating here in Rusko while the university is in Linnanmaa. This kind of a distance is not something why we should form a specific opinion about the location of the university in this area. What is important is that the university is vibrant and strong with a firm foundation in technology and that it produces capable employees for us and other technology companies in the region,” Sankari says.

Sankari notes that also the Nokia unit itself will soon be located at two different sites, because the company’s new, abundant facilities at Rusko 2 campus will most likely stay in Rusko. Hence, some of the employees will work in Rusko also after the new campus is finished, and she sees no problem with this.

”I trust that the university will take different viewpoints into account when choosing the location and make wise decisions particularly in view of developing future vitality, on which the placement will probably have an effect,” Erja Sankari states.

2500 employees in Oulu – more to be recruited

Nokia is growing in Finland. This year alone, the company aims at growing by five hundred jobs, for which around three hundred people have already been hired. The company hopes to recruit about two hundred more people by the end of the year. A large portion of these jobs will be targeted to research and development positions and particularly in Oulu.

”Our country manager Tommi Uitto has stated that Finland is a very important R&D country for Nokia when it comes to 5G. With this in mind, we will be building the new campus for the current personnel but with enough flexibility so that we can expand according to potential growth. The building itself will also allow for increase in personnel. At the moment we have a construction permit for 72 000 square metres,” says Sankari about Nokia’s future plans.

”In terms of concrete labour, this means software design, circuit design, electronics design and hardware design. These are the areas where we have the most tasks, and it is important that we find experts for them. We are in continuous dialogue with the University of Oulu and Oulu University of Applied Sciences about how to ensure that their students go for fields where there is work to be done both at Nokia and other companies in the Oulu region. We alone have several hundred positions to fill in Finland,” Sankari explains.

Nokia increases the vitality of the ecosystem

Sankari says that new opportunities open in the modern, digitalising world when something digital, such as artificial intelligence or data analysis is combined with some other sector. This can lead to the creation of totally new competitive edges or new companies. It is important that the region has a functioning ecosystem with different types of operators – an active scientific community, the University of Oulu, the Technical Research Centre of Finland, Oulu University of Applied Sciences, and a sufficient mass of companies which can innovate, converse, and find new things together.

”Oulu has plenty of examples of new business having been created by crossbreeding different things, and this is important for the city. Of course, these kinds of ecosystems always need tractor companies, bigger corporations which have the resources to commission projects and bring different players together – and this, too, is necessary for Oulu. Nokia has its own role in all of this, keeping the ecosystem virile and challenging in a way,” Erja Sankari says. 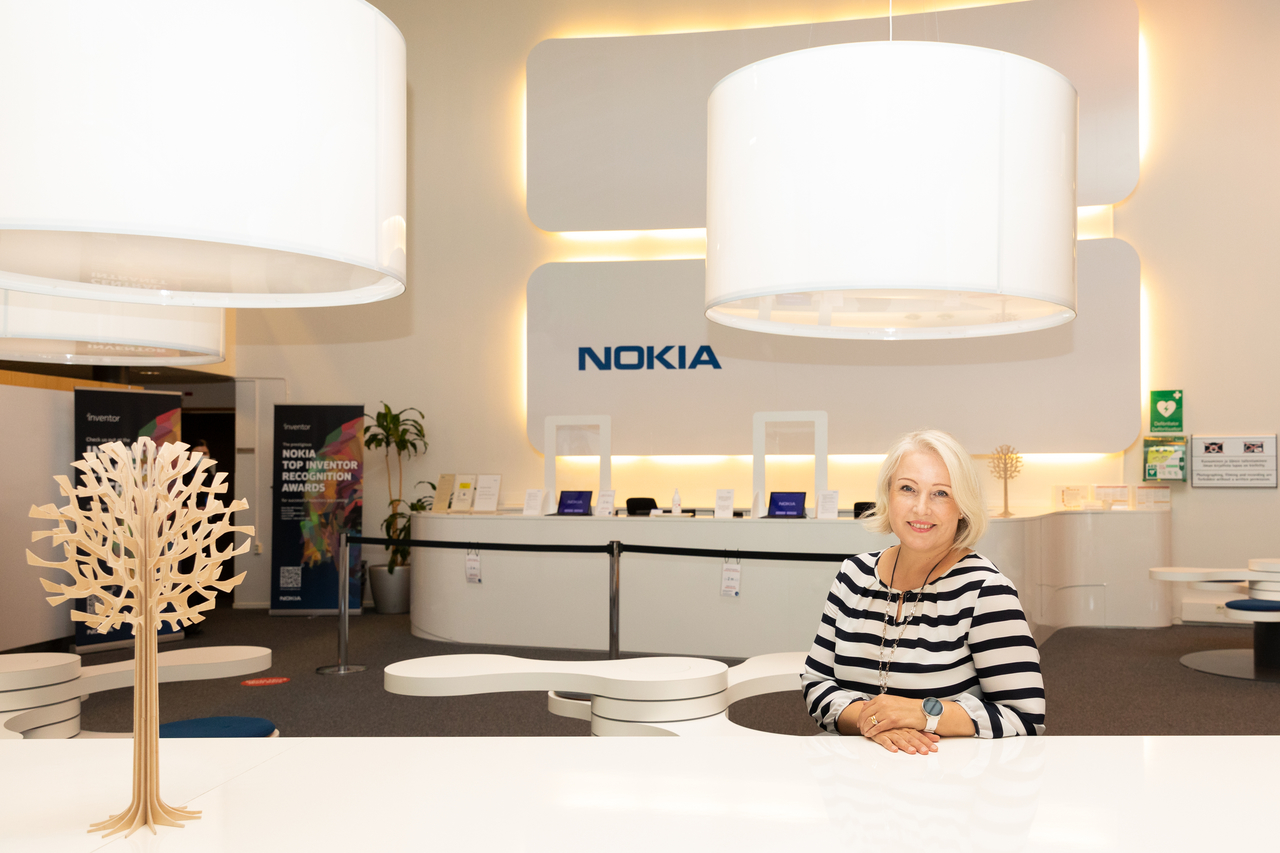 ”In this business, you have to be the best in the world to be successful,” Erja Sankari says.

The campus project is still in the planning stage, but the designers have been given guidelines to support their work. The idea is that high technology will be combined with natural values, sustainability, and circular economy. Natural materials will be used as much as possible, and the end goal is full carbon neutrality. Nokia is currently investigating if waste heat from the project can be utilised in the district heating system, for example, or if solar energy can be used more innovatively than before.

”The main idea is that we could create novel job well-being of the future at the new campus. Look for a job well-being solution that is as flexible and nice as possible. And while we are in the north, we would also like to bring in northern aspects and the Finnish nature, also in the environmental planning of the campus. Perhaps the new Linnanmaa campus could even become a model example of a cosy workplace setting of the future,” Erja Sankari envisions.

”In this business, you have to be the best in the world to be successful. The competition is quite tough, and I hope that, in people’s minds, the new campus would embody this coalition of high technology, natural values, circular economy and hacking it in the tough competition. And that they would be proud of it,” Sankari concludes.