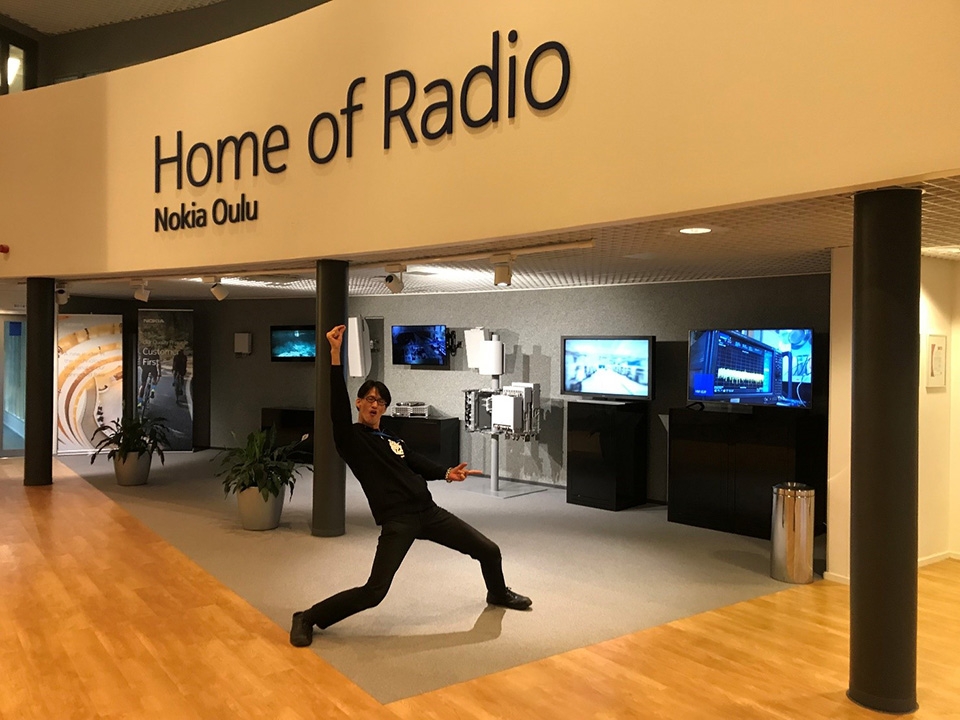 
A large number of international guests visit Oulu every year during the Air Guitar World Championships. Numerous reporters accompany the Air Guitar tourists and competitors from all over the world. This year the international group was offered the possibility to get acquainted with 5G technology and an autonomous vehicle at Nokia’s 5G Demo Day.

The 5G Demo Day organised by Nokia on August 23rd continued Nokia’s long tradition of demo events where new technology is showcased both for international guests and Nokia’s own personnel.

Arranged at Nokia’s Oulu unit, the event began with an introduction to the possibilities of the 5G network technology as well as Nokia’s 5G solutions. In a conference room conveniently located downstairs from Nokia’s 5G base station factory, Project Manager Olli Liinamaa of the Oulu 5G Test Network introduced the air guitar guests to the basics and practical benefits of 5G technology. He also explained that Nokia is heavily involved in the technology that will reach actual end consumers in the near future.

- Nowadays our slogan is no longer ”Connecting People” but ”Technology to Connect the World”. For example, we have recently made an agreement worth billions of dollars in the United States with their giant operator T-Mobile,” Liinamaa says.

The speeds that 5G offers are significantly ahead of the current 4G networks. The increase in data rates will make sluggish mobile connections a problem of the past. The new 5G architecture is optimised for connecting machines and devices as well as seamless interaction between these devices and human beings. This opens a field of possibilities ranging from virtual presence to wireless automated factories.

Martti and Marilyn drive by themselves

After the 5G info, the Demo Day continued with a greatly anticipated number as the participants got the chance to see an autonomous car connected to the 5G network in action. Developed by VTT Technical Research Centre of Finland, Martti is the first autonomous car in the world to cope with snowy conditions. The car arrived in Oulu from Tampere together with VTT researchers and Nokia equipped it with the 5G capabilities.

At this point, the international visitors were accompanied by dozens of other spectators as many of Nokia’s own personnel gathered outside the unit to wonder at the exceptionally independent Volkswagen Touareg despite the pouring rain. Martti then drove several times up and down the strip of road in front of the spectators, dodging the obstacles set up in its path and making a huge impression on the audience.

Martti does not mind a little bit of rain, for the autonomous VTT cars (Martti and Marilyn) can see better than the human eye in foggy and even snowy conditions and are also able to drive in bad weather without unnecessary stops. They are equipped with a variety of cameras, antennas, sensors, scanners and radars.

- Although the car’s range of vision in a thick fog is limited to about 30 metres, a new type of radar makes it possible for the car to keep driving slowly instead of stopping completely, Project Manager Matti Kotila from VTT’s robot car team explains.

Through the robot car research, VTT is creating new innovations for safe operation of automatic vehicles in all conditions. Martti is the first automated car to have driven fully autonomously on a real snow-covered road, where Martti drove at the speed of 40 km/h which is the limit it has been programmed not to exceed.

In transportation in general, 5G technology can be used to create safer roads and to improve the flow of traffic. Sensor data collected from cars is usable for road maintenance purposes or for communication between different vehicles.

The Demo Day participants also had the opportunity to peek inside Nokia’s 5G field test vans and get acquainted with their functions. A large screen installed inside one of the vans illustrated the data collected by the external sensors in real time.

Introduction to a state-of-the-art laboratory

Next the visitors got to experience Nokia’s 5G solution and its testing in practice. OTAVA (Over-The-Air Validation Area) is the flagship laboratory of Nokia’s 5G testing and it offers the possibility to get acquainted with the different phases of 5G testing, conducted with real 5G devices which are not yet commercially available.

The OTA test introduction gave the guests a practical and eye-opening insight to the many aspects of launching a new technology. Within the massive facility, the visitors were introduced to items such as a base station user’s guide implemented by virtual reality and drones used in 5G radio signal diagnostics.

Among the guests was Japanese air guitarist and Toyota City technical centre engineer Toshio Kado who navigated around the base stations with a virtual jetpack in a virtual world as if he had been doing it all his life.

- I loved the demos. When I was wearing the virtual goggles, I felt like I was really flying around the base stations and disassembling them, explained Kado ecstatically after the demonstration.

The innovative state-of-the-art testing in OTAVA is done in conjunction with multiple network operators and test equipment vendors from all around the world. 5G testing in this global hot spot is conducted at a scale that cannot be found anywhere else. The latest 5G building blocks are integrated and tested in order to make the seemingly unlimited use cases of 5G a reality worldwide. 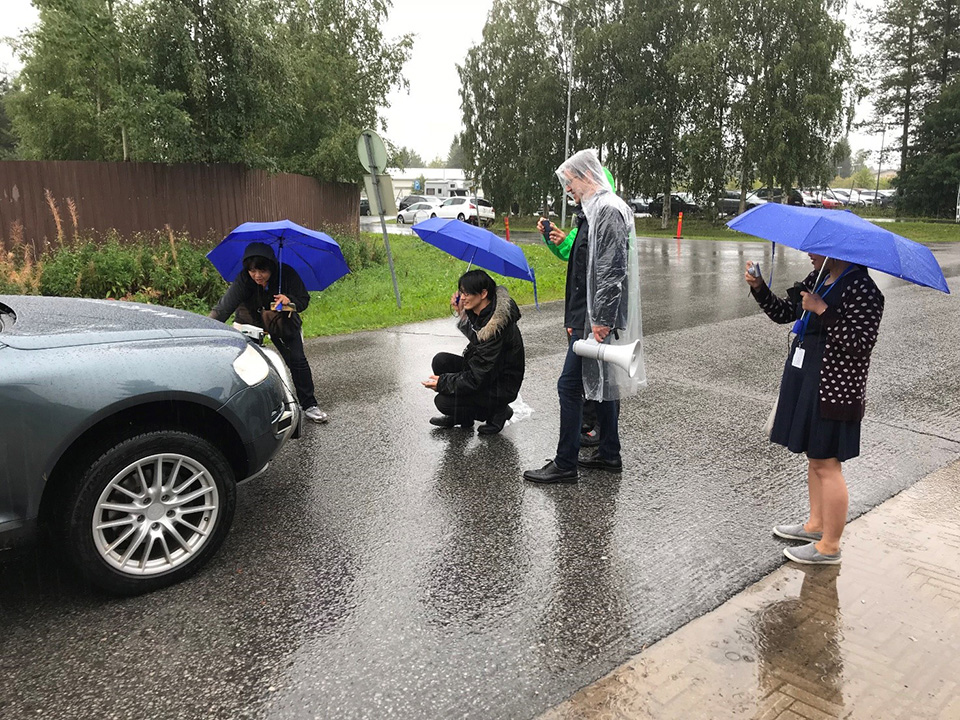