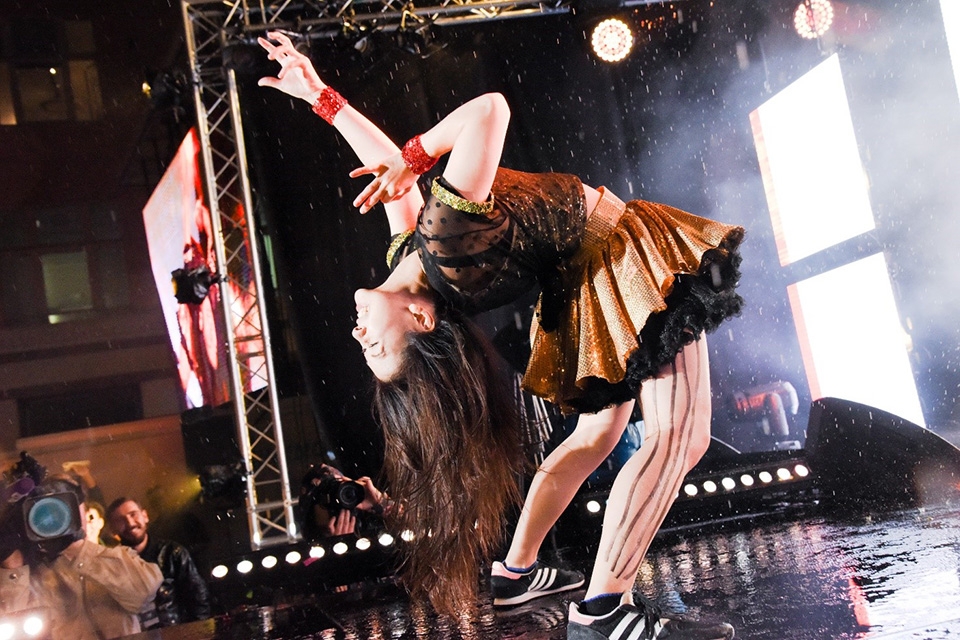 
Nanami “Seven Seas” Nagura took the World Championship to Japan by her second personal win in the final held in Oulu, the Air Guitar capital of the world, on August 24.

Photo: This was the second World Championship for Nanami Nagura who will return to Oulu next year to defend her title. Photographer: Juuso Haarala

The Air Guitar World Championships took place in Oulu for the 23rd time. The multi-national competition culminated in a show of the best air guitar playing seen on the planet at Rotuaari Square on Friday, August 24. More than 3,000 people gathered to witness the show live on location despite the rainy weather. Globally the event was viewed via a live stream on the Internet, as usual.

Nanami “Seven Seas” Nagura took over the stage with her energetic and surprising Cinderella-themed performance, mesmerised the panel of honoured judges and made it to the first place of Air Guitar World Championships 2018. This was Nagura’s second world title – she was crowned as World Champion for the first time in 2014.

“Seven Seas” made it to the finals by becoming Japan’s National Champion and travelling all the way from Tokyo to rock the stage in front of thousands at Rotuaari.

The previous World Champ of two consecutive years, Matt “The Airistotle” Burns from the United States, came second, and the third place was claimed by Andrew “Flying Finn” Finn, also from the USA.

In traditional fashion, all the contestants gathered up on the stage after the results were announced to perform Neil Young’s Rockin’ In The Free World, inviting everyone around the world to join in – when you play the Air Guitar, you cannot be holding a gun.

The World Champion was awarded a Flying Finn electric guitar, impeccably handcrafted by honoured guitar crafter Matti Nevalainen and his daughter Saara Nevalainen. The winner will also get a spot in next year’s championships’ World Final and spend the coming year honoured as the reigning Air Guitar World Champion.

Although the weather during the final was quite rainy at times, the torrent did not bother the audience and definitely not the competitors. The winner was announced with thunder roaring in the background. Soon after, Seven Seas climbed onto the shoulders of Justin “Nordic Thunder” Howard, former World Champion and co-host of this year’s Final, to celebrate her victory with all of the Air Guitar family.

In the Air Guitar World Championships, the judges evaluate contestants in three categories: choreography, the accuracy of the performance and the “Airness” of the competitor. All in all, 15 skilled and fierce finalists climbed to the stage at the World Finals this year. According to traditional procedure, the contestants start the competition by playing to the song of their choice for one minute in the first round. In the second round, they all play the same song as selected by the organiser. Once again, this song remained a secret until the beginning of the World Final. This year the song was Hopeless Case Of A Kid In Denial by Hellacopters.

This year the final had a record number of women on the stage, altogether six out of 15.

The Air Guitar World Championships brings together participants from all over the world to compete in stage charisma and to acknowledge the event’s ideology of world peace. Although the competitors represent many nationalities, the battle for peace and clean air is a common cause for all of them. The event has created a worldwide championship network which is so communal and warm that it can easily be called the Air Guitar family.

Once again, the event gained a lot of attention around the world, and international media houses have relayed the story of this special and spectacular event held in Oulu.

Airnest Productions would like to extend warm thanks to everyone involved in making the event possible, including the whole production team and subcontractors, the City of Oulu and Business Oulu, Oulun liikekeskus ry, Oulun Energia and all of the other partners, the wonderful hosts Jani Kortti and Justin "Nordic Thunder" Howard – the latter of whom is also a magnificent ambassador of Air Guitar worldwide, the volunteers, the audience who always shows up whatever the weather, the organisers of National Championships around the world, and, most importantly, the fantastic performers!

The full stream from the World Final can be watched here. 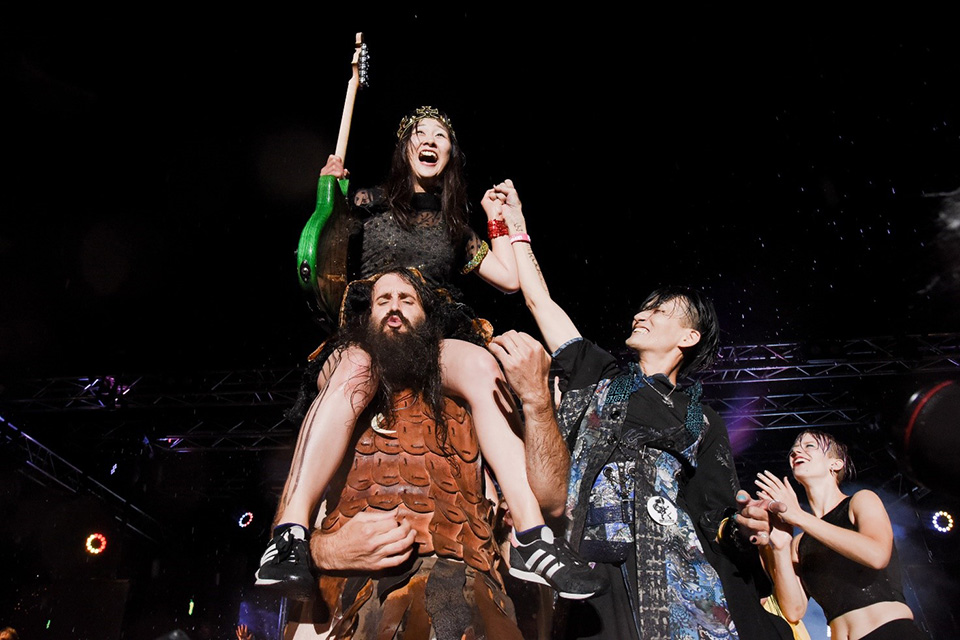 Two World Champions: Seven Seas on the shoulders of Nordic Thunder with her prize – a specially made Flying Finn guitar. Photo: Juuso Haarala