Oulu, DNA and Playsign use 5G and augmented reality to enrich learning at school 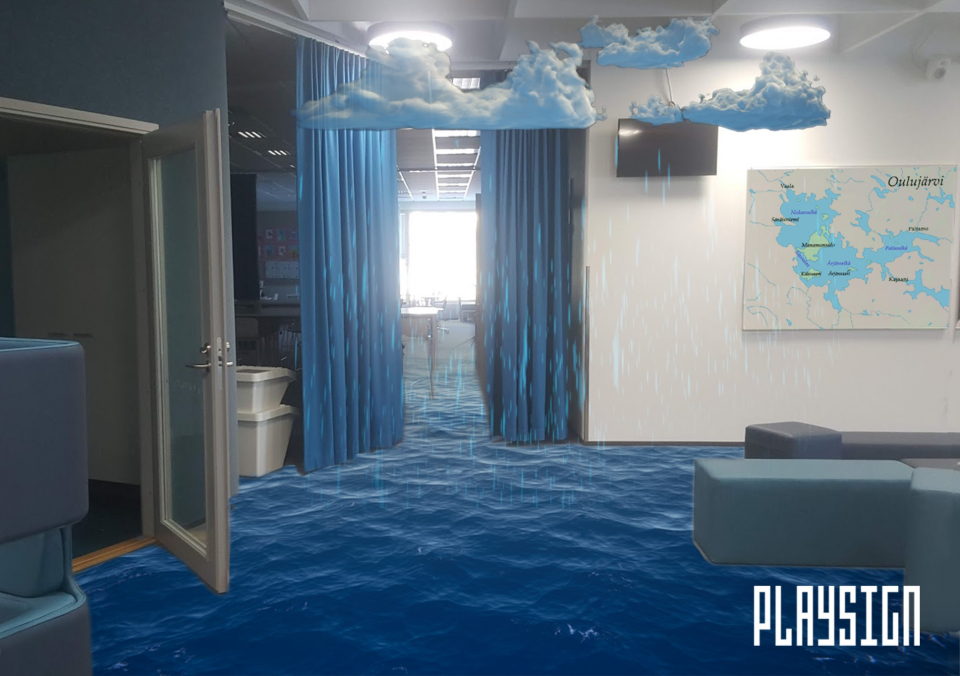 
DNA, BusinessOulu, the Educational ja Cultural Services, City of Oulu, Oulun Digi, Hiukkavaara school and Playsign will together implement a 5G pilot at Hiukkavaara school in Oulu. The pilot is part of the “Sustainable Future” theme of phenomenon-based learning and it aims to deepen learning by enriching it through means enabled by new technologies.

Augmented reality and 5G connections are used to introduce the students with natural phenomena which, before the 5G era, you could mainly explore only through textbooks.

Augmented reality and 5G connections are used to introduce the students of Hiukkavaara school with natural phenomena which, before the 5G era, you could mainly explore only through textbooks.

“Students at Hiukkavaara school will study the Sustainable Future phenomenon during the rest of this spring. Each grade has its own curriculum-appropriate emphasis. In the 5G pilot, we use augmented reality to illustrate to students the various aspects of the phenomenon, such as the water cycle and forest ecosystems,” says Anne Moilanen, Principal of Hiukkavaara school.

Augmented reality is brought to the flexible learning environment at the school, which is where students normally operate. A parallel world will be built in the learning environment, with its landscapes selected directly from the curriculum. 5G tablets and high-speed 5G connections allow students to explore that world.

“Augmented reality is a flexible technology that allows us to introduce various phenomena so that they deepen learning in a functional manner. The aim is to increase the students' motivation for the things that are taught and to have technology support learning in a new way,” Moilanen explains.

“The phenomenon-based learning implemented in Hiukkavaara is a great example of using STEAM pedagogy in teaching. STEAM schools are also actively implementing co-development, where schools and companies work together to develop new innovations. The pilot implemented with DNA and Playsign will benefit all parties involved in the development work," says Maikki Manninen, ICT developer teacher at the City of Oulu.

The pilot will be implemented during April and May. The City of Oulu also wants to utilise the possibilities of 5G technology more widely, with a similar pilot planned for Oulu's main library in early autumn.

BusinessOulu acts as a facilitator of co-development in the city and wants to offer companies piloting and experimentation opportunities in genuine environments together with partners.

Radio technologies of the future play an important role in enhancing, enriching and enabling the City of Oulu's own operations. For universities and research institutes in Oulu, 5G provides plenty of things to explore and think about – not only because of technology, but also because of its interdisciplinary effects.

“The greatest added value of 5G stems from business applications that utilise 5G's high capacity and low lag times in mobile, real-time use. The Hiukkavaara pilot has been an interesting opportunity for DNA to develop new 5G-enabled operating models together with an innovative customer and partners,” says Tuukka Toivonen, Vice President, Business Management & Strategy, Corporate Business at DNA.

DNA’s 5G network now covers more than two million people in Finland in 86 towns. DNA implemented the 5G indoor coverage at Hiukkavaara school at 3.5 GHz frequency and provided the tablets with 5G connections for students to use.

The City of Oulu has an active “STEAM in Oulu” network, which covers more than 30 comprehensive schools. STEAM stands for Science, Technology, Engineering, Art and Math. In teaching, STEAM means combining subject groups and technology into extensive learning modules. Students are involved in their creation, with cooperation between teachers playing an important role.

Playsign specialises in using game design and technologies to illustrate phenomena and data related to the real world. The company has previously productised a publishing platform for participatory urban planning and data visualisations of the built environment, for example, for communicating the energy consumption of buildings and indoor air quality to schoolchildren. In this experiment, Playsign further develops the software platform to support the illustrating of the energy and resource cycles of both natural and technical systems by combining augmented reality and the school’s physical premises.