Architects’ ideas ooze with the history of Tar 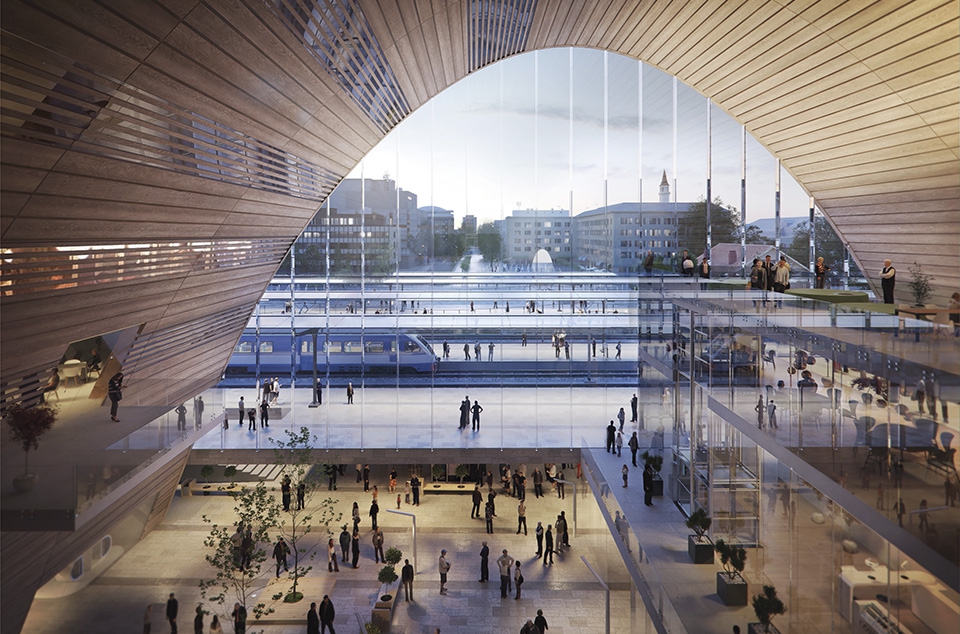 
Photo: The proposal ” Tervatynnyrit”, Finnish for tar barrels, was judged as the most wholesome architectonic proposal with personality, references to Oulu’s history as a tar city and prospects for development.

The proposals clarified the possibilities of what Oulu’s Station Centre could be at its best.

The contest emphasized a functionally versatile whole where transport, jobs, services, and accommodation come together. A requirement for the proposal was that it should unify the traditional building base of Raksila district and the well-defined City centre grid plan identity.

The wanted outcome was a service package where, in addition to the station centre, there are community facilities, and offices and services, e.g. restaurants and shops.

The proposal ”Tervatynnyrit” was judged as the most wholesome architectonic proposal with personality, references to Oulu’s history as a tar city and prospects for development.

Three compact housing blocks with gable roofed apartment buildings harken back to idyllic steep roofed hanseatic cities. The scale of the blocks of approximately 1,000 apartments was praised as urban and homely by the jury.

The proposal fits well into Oulu city centre’s scale. Behind the winning proposal was a group of Oulu-based professors, Rainer Mahlamäki and Janne Pihlajaniemi.

The results of the idea contest will be used as a basis for the development of the Station Centre according to Matti Matinheikki.

The goal is to build a modern station centre that services both Oulu citizens and tourists from elsewhere, with different options for travel and a variety of services are available, Matinheikki says.