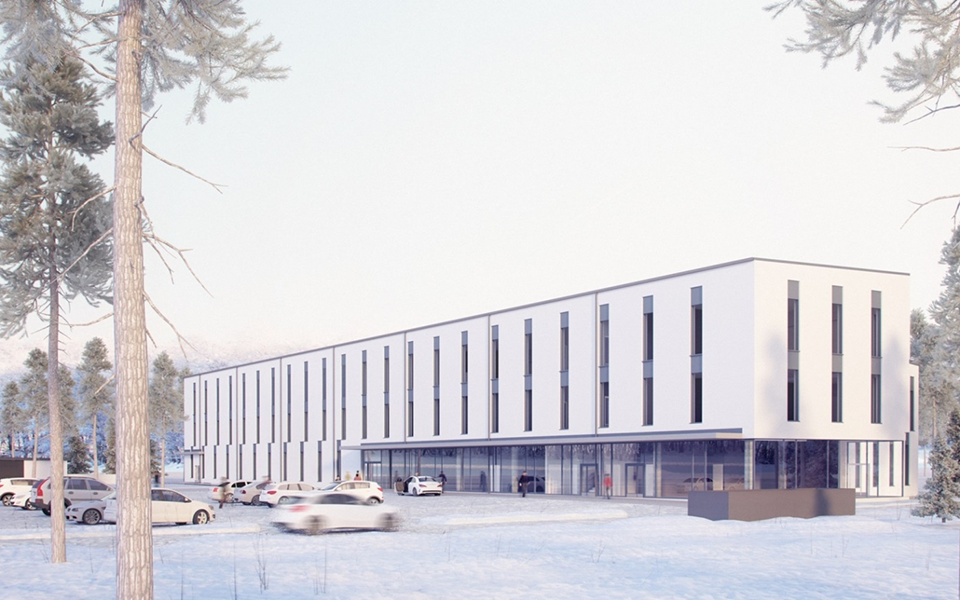 
Finland’s third Pohjola Hospital is being built in Oulu’s Hiironen district. The hospital is projected to begin operating in May 2017, welcoming all of Oulu and neighbouring regions’ citizens. The hospital also offers occupational health care services for companies.

Upon completion, Oulu’s new Pohjola Hospital offers comprehensive basic and specialised healthcare services. The hospital has an emergency unit for children with a cold or treating a sports injury. For companies, there are also occupational health care services available.

Pohjola Hospital building is almost 6,000 square meters in size, of which 4,000 is for hospital use. The premises have e.g. four operating theatres with recovery wards, 40 reception rooms, a laboratory, MRI, X-ray and cone beam computed tomography equipment as well as a gym for customers to use.

“Pohjola Hospital aims for a seamless chain of care. Traditionally in healthcare, treatment requires several visits to a doctor with receptions, examinations and diognosis. At Pohjola Hospital, our objective is that the customer gets all of this over one visit at best”, Lehtilä says.