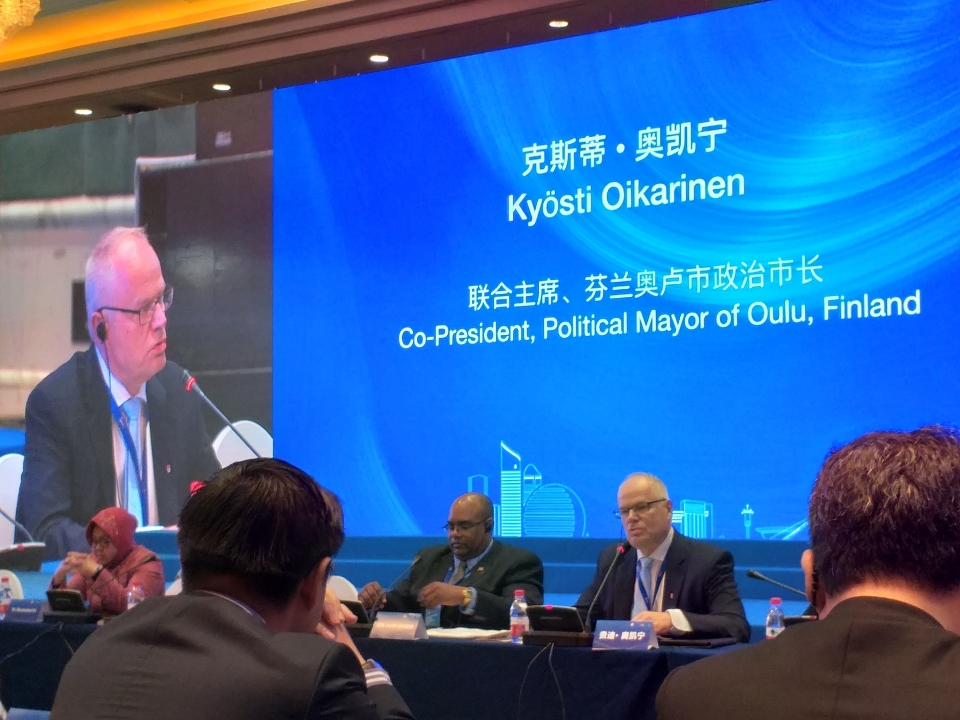 
Mr Kyösti Oikarinen (Centre Party), Chairman of the City Board in Oulu, has been elected Vice President of the Belt and Road Local Cooperation (BRLC) -committee in China. The appointment was announced on Monday, 3 December 2018 at the first Belt and Road Local Cooperation Committee conference and seminar held in China’s Hangzhou, with the topics focusing on Artificial Intelligence and local government.

Mr Oikarinen is the only European city representative in the BRLC administration. Furthermore, the Council of Oulu Region is the only region in Europe among the founding members of the cooperation committee. Mr Oikarinen’s term on the BRLC committee is five years.

The Belt and Road policy, which China’s President Xi Jinping launched in 2013, is divided into two parts: international treaties with the emphasis on improving logistical infrastructure (railways, roads and ports), which is run by the President from Beijing, and the regional dimension of the Belt and Road Initiative, which is led by the City of Hangzhou. Hangzhou has been twinned with the City of Oulu since 2010.

The BRLC network includes the members of the United Cities and Local Governments (UCLG; an umbrella organisation for cities, local and regional governments, and municipal associations) and, alongside other Chinese cities, the twin cities of Hangzhou around the world. The cooperation covers economy, culture and education, local and regional government and digital economy.

Mr Oikarinen’s appointment supports the expertise in Oulu Region in gaining a stronger foothold in the highly competitive Chinese markets and increases Oulu’s international visibility through all available channels in China in the field of business, as well as in tourism and education.