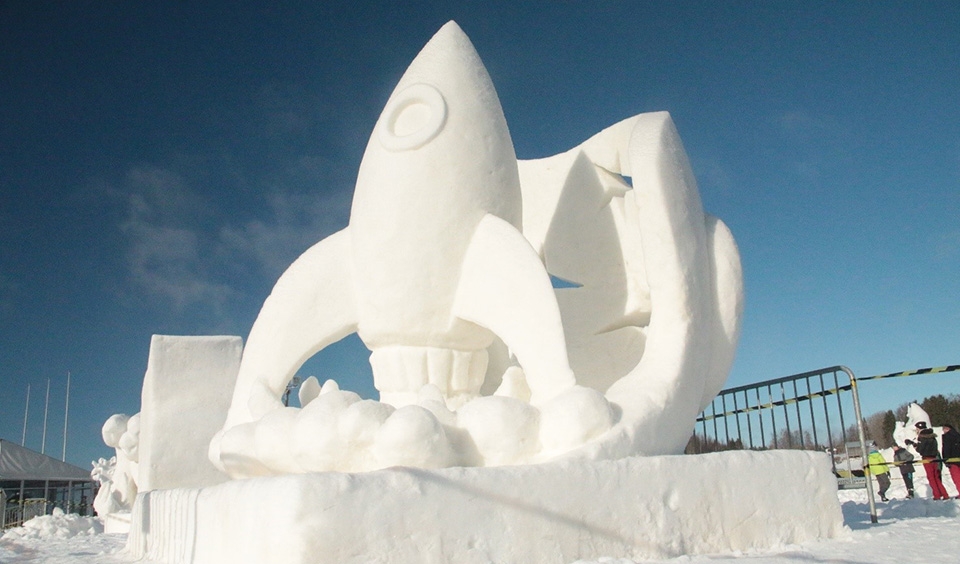 
During the last full week of February, Oulu is the meeting point for competitors in a variety of extreme winter sports and activities. Within just a few days, the city hosts the biggest snow sculpting contest in the Baltic Region, the European cup in ice climbing, and an international stadium snowcross competition.

Organised for the first time, Baltic Snow Call gathers top international sculptors to compete in Nallikari, Oulu, on 21–25 February. The competition is the only Finnish event that is included in the official international events calendar for snow and ice sculpting.

Ten teams were invited to the contest from countries surrounding the Baltic Sea, but there was a lot of interest to participate on almost every continent. Top sculptors eagerly await the competition, for this is the first international snow-sculpting event held in Finland in a long time.

“Besides the Baltic countries, we got calls from countries like Mexico, USA and China. However, this time we decided to stick to our original plan, and, apart from China, the participants come from countries around the Baltic Sea,” says Janne Andberg, Head of the Contest.

The finals of the European Cup in ice climbing take place in Oulu on 24–25 February. The event is the first international cup competition in climbing sports to be arranged in Finland.

“What’s more, it’s the finals of the European Cup – in the same year that ice climbing is showcased as a non-competition event at the Winter Olympics,“ says Jari Koski, Executive Director of the Finnish Climbing Association, with a smile.

And this is not all: the biggest snowmobile event in Finland, Extreme Stadium Race, is organised on the same weekend at Raksila stadium in Oulu. Taking place in Oulu for the second time, the snowcross happening now expands into an international series with the introduction of the International Bothnia Cup. On Saturday 24 February, the Bothnia Cup gathers all the best European riders to Oulu to compete for a total price amount of 20,000 euros.

The Bothnia Cup events are expected to attract more than 10,000 spectators in Finland and Sweden.

See you in Oulu!