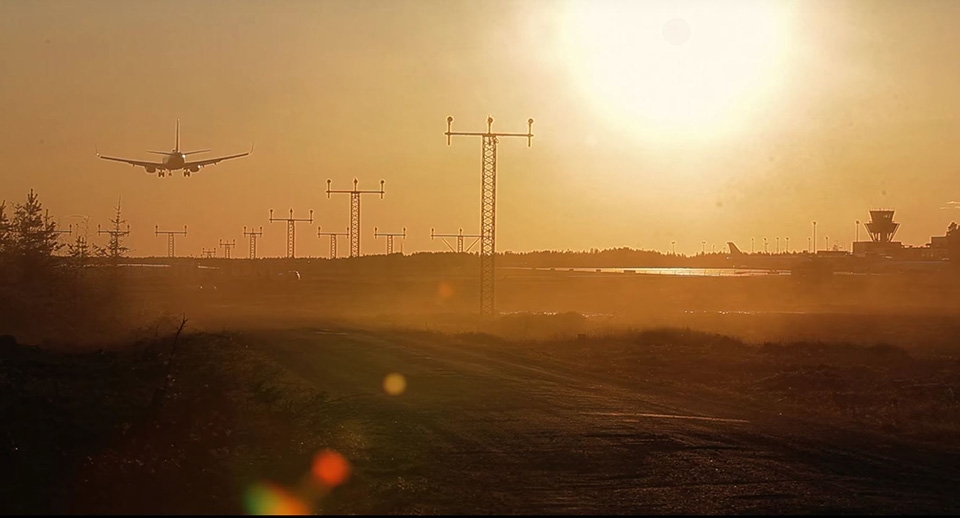 
SAS have announced that they will start operating flights between Oulu and Stockholm. The direct route becomes active on 5 November.

May 3, 2018, is a happy day for many northern business and leisure travellers. On this date, SAS published new timetables and announced that the company will reintroduce a direct flight route from Oulu to Stockholm and vice versa. The last time that non-stop flights were operated from Oulu to the Swedish capital was in 2014.

The new service will cover flights to both directions four times a week: Mondays, Wednesdays, Fridays and Sundays.

SAS will operate the OUL–ARN route with a 90-seater CRJ 900 plane manufactured by Bombardier from Canada.

“We are delighted that the routes and products we offer are being so well received and enabling us to boost our winter program by continuing to operate routes and increase the number of departures. We are also pleased to be able to establish additional new routes,” says SAS President & CEO Rickard Gustafson.

”SAS has an attractive route network in the US and Asia, which has contributed to healthy growth in passenger numbers that fly via Copenhagen, Stockholm or Oslo. These connections link these cities to SAS and the Star Alliance network, offering travellers convenient access to many parts of Scandinavia,” Gustafson says.

Oulu Airport is the second busiest airport in Finland. In customer surveys, it was selected Airport of the Year in 2014 and again in 2016 when the number of passengers exceeded one million for the second time. From the beginning of 2018 until the end of April, the passenger numbers grew by about 6 per cent compared to the start of the previous year.

VP Route Development Petri Vuori from Finavia says, “We are pleased that SAS continues to grow in Finland and will open a new route from Oulu to Stockholm-Arlanda in November 2018. We have worked together with BusinessOulu and SAS to re-instate the direct route in order to support the growth of the Oulu region. The number of passengers at Oulu airport has been increasing and will reach the milestone of one million passengers again this year. Hence, Finavia has invested already more than 17 million euro to the Oulu airport during the last few years."

“The connection reattaches Oulu Airport to the SAS network and significantly improves passenger connections from Oulu to the rest of the Nordics, Europe and beyond. At the same time, it offers international passengers a new route to Oulu, Lapland and the Arctic. We believe that the service will also create natural new business connections, R&D collaboration and educational contacts between Stockholm and Oulu,” envisions Pauliina Pikkujämsä, Head of Marketing at BusinessOulu.

Last summer, Finavia made noteworthy renovations to Oulu Airport thus improving the air travel infrastructure. A couple of years earlier, the terminal services went through a reform upgrading passenger comfort. Now Finavia have announced that they will tackle the airport traffic and parking arrangements this summer, which will also be to the benefit of passengers on the OUL–ARN route.

Besides the upcoming route to Stockholm, there are regular international flights from Oulu operated by Arctic Airlink to Tromsø in Norway and Luleå in Sweden, with a connection all the way to Gothenburg. As far as domestic routes go, there are as many as 17 flights from Oulu to Helsinki.

Best known globally for its expertise in information and communications technology, Oulu has been at the leading edge of R&D in the field for as long as half a century. More recently, with the emergence of the revolutionary next-generation 5G technology, the industry as well as research and development operators in the Oulu region have been spearheading its creation. Oulu can simply be called the home of 5G – with our eyes are already on 6G. We are also the second biggest Finnish hub in the booming field of health technology.

Oulu is the fastest growing region of Arctic Europe. The population of Oulu is one of the youngest in Europe, with an average age of only 38 years. Of Oulu’s 200,000 residents, every third has a university degree and the people of Oulu have been found the most satisfied with their quality of life in all of Europe. Oulu has two established universities.

BusinessOulu is a public utility of the City of Oulu, in charge of implementing the City's industry policies and providing growth companies with the services they require, in addition to promoting export, import, investments, and employment.

With its international network, BusinessOulu partners with local companies to facilitate growth. The Oulu ecosystem creates innovations boldly and with great results. We develop business in different fields and provide assistance in successful realisation of meetings, conferences and events. Our goals are to rapidly develop business operations and increase startup investments. The main goals of the City’s industrial policy are to increase export, create jobs and expedite investments.